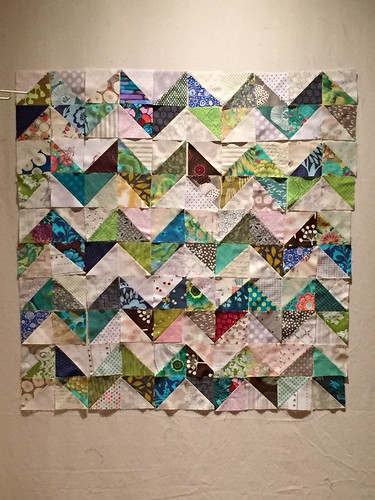 I was in the minority when the guessing started about the gender of grandchild #1. For a long time, I had no intuition one way or another, but by the time the ultrasound would show us, I was certain it was a girl. Of course, I kept that to myself so there’s no proving anything. (Kinda like not filling out your March Madness brackets and then acting like you knew all along.)

This time I’m getting boy vibes. Which is strange since I dreamed before they were married they’d only have girls.  I generally don’t remember dreams, so go ahead and double the weird.

Regardless, when I was digging around in a bin looking for something entirely different, I ran across these little hst blocks from a project Katie and I (briefly) considered. And since the design wall was bare after piecing Ashlee’s quilt, up they went. 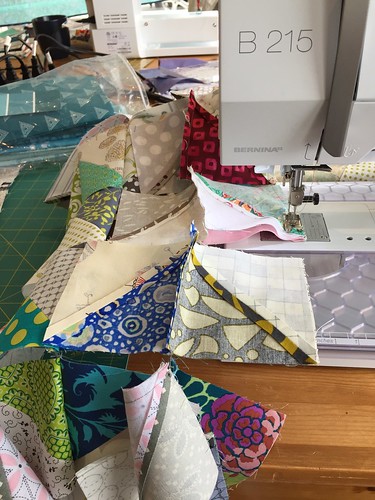 It was the last thing I grabbed when I went out the door Sunday for open sew at Island Quilter, and the only thing I worked on. I pieced the center, and now I’m working on building it out to size with low volume fabrics in a variation of Katie’s Magic Numbers tutorial. 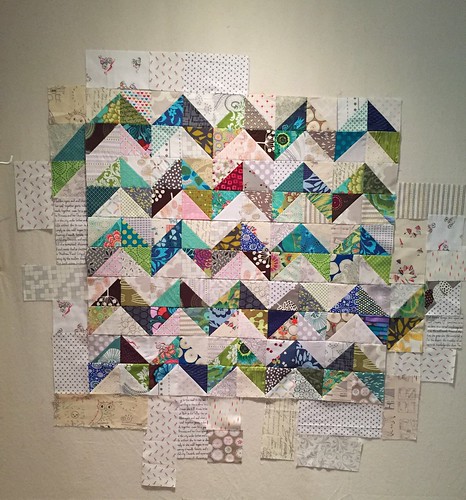 We should find out later today the results on grandchild #2, but for now I’m just letting the universe know I’m ready for the next great adventure in grannyhood.

Seriously the best gig I’ve ever had.